Despite success, Gale still focuses on ‘one more nurse’ 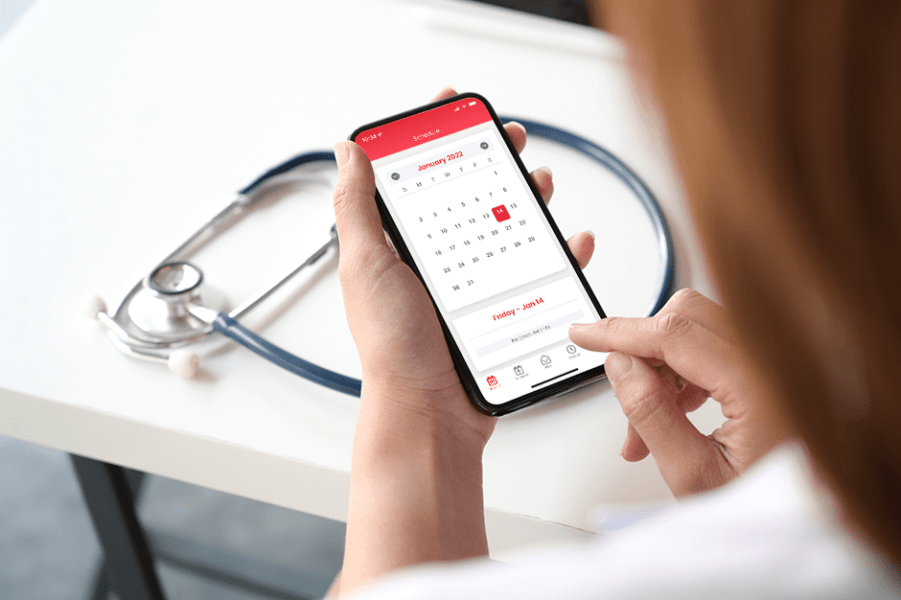 Tampa-based Gale Healthcare Solutions, the nation’s first company to offer “on-demand,” tech-based nursing staffing solutions, was ranked in the top 20% of all companies on the Inc. 5000 list.

Tony Braswell, president of Gale, launched the startup in 2016 to address the ongoing nursing shortage that the pandemic has since exacerbated. Coming in at 931 on Inc. magazine’s list of America’s 5,000 fastest-growing is not the only milestone the burgeoning company has recently reached, as over 50,000 nurses now utilize the mobile app to find and accept open shifts at healthcare facilities in seconds.

While Braswell – named by Ernst & Young LLP as Florida’s Entrepreneur of the Year in June – stressed he is more concerned with mitigating the nursing shortage than accolades, the recognition is still significant to someone who grew up reading the magazine.

“Well, honestly, considering I’ve been buying that magazine since I was probably 10 years old,” began Braswell. “I mean, I’m really speechless. When you’re an entrepreneur like this, you really don’t look up enough to see these kinds of things.”

Gale now operates in 39 states and recently secured $60 million in funding from FTV Capital to help continue expansion. The platform has doubled the size of its clinical workforce in the last year while expanding services to include travel nurses and permanent placings.

Other healthcare staffing firms can now utilize Gale’s software to expand service capabilities – and most recently, the serial entrepreneur launched Springboard to provide similar non-clinical staffing solutions to medical facilities and other industries.

However, Braswell emphasized that the numbers and highlights are meaningless, and he prefers to focus on the future of healthcare.

“We’re at a critical point,” he said. “And if we don’t all come together and acknowledge that, we’re going to have bigger problems ahead of us.”

Braswell spent 30 years in healthcare staffing, where he relied on continuous calling and messaging to try and fill open shifts. Realizing the potential of other on-demand, gig economy models, he sought to create a technological solution.

When Gale – named after the founder of modern nursing, Florence Nightingale – launched in 2016, Braswell said the daily goal was always putting one more nurse to work. Despite the app’s success, that mantra continues six years later.

While downplaying the numbers and recognition, Braswell called it a dream come true to feel like he is helping mitigate the national nursing shortage. He said the highest honor stems from his employees who show up to work every day believing in Gale’s mission.

Despite Gale’s recent successes, Braswell said the pandemic hurt his business. He explained that before Covid, he could send a nurse anywhere to work any shift they desired, but after the pandemic began they could pick just one facility. Additionally, regulations required Covid testing every three days, and it often took that long just to receive the initial results.

“The need was there before the pandemic,” he added. “We’re one and a half million nurses short.”

Braswell said he realized that non-clinical departments, like dietary, housekeeping and maintenance, were experiencing the same problem. So, he expanded Gale’s scope of services.

Gale’s technology, said Braswell, allows users to receive their pay as fast as 1.42 seconds after clocking out for the day.

“It’s not, work today and get paid tomorrow,” he said. “We paid over 6,000 people last week in under three minutes.”

Braswell is also working to mitigate the nursing shortage through the Gale Healthcare Foundation, which has committed $500,000 to support nursing school scholarships over the next two years. The foundation is also raising additional funding with the help of its partners, and the goal is to provide over $1 million to help license and train more nurses.

Many healthcare providers, Braswell noted, are considered the “working poor.” Often forced to live in hotels, he said the high daily rates prevent them from finding better housing or furthering their education. So he started enlisting the help of other companies to get them into apartments.

Braswell excitedly explained that several businesses have already pledged donations for that cause, and a property management firm recently offered to waive deposit fees. He recalled a time when possessing half a million dollars seemed unreachable, and now he is thrilled to give it away.

While Gale operates throughout the country and the nursing shortage is a national problem, Braswell said, “if you can’t help your home first, how can you help somebody else?”

Tampa is home for Braswell, who moved to the city fresh out of college in 1986 and said he plans to spend the rest of his life in the area. He relayed that people often ask him about his end goal, and he said he wants to see Tampa Bay become a nationally recognized hub for healthcare education and services.

“We’ve got to add more technology to it, but let’s turn Tampa Bay into the Silicon Valley of healthcare training. That’s what I’d like to do.”

Gale cares for facility managers too.

The days of stressing over unfilled shifts are over. Gale enhances your ability to manage staff, fill open shifts, and ensure your facility provides quality care on a consistent basis.